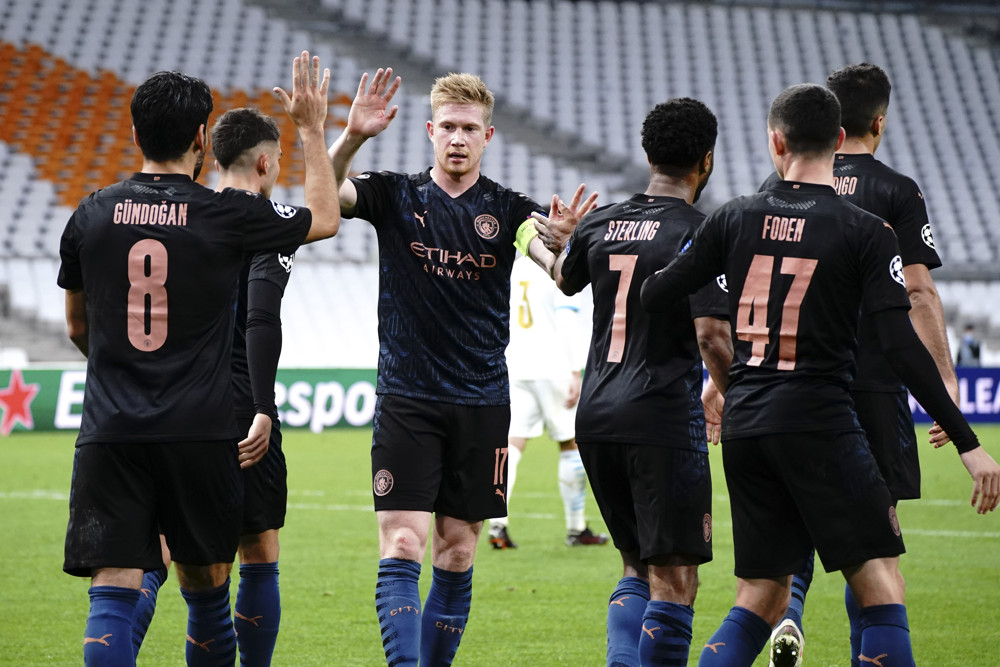 If you only looked at the league schedule, it would seem like every Premier League club has a week off, but that's far from the case. Tottenham and both Manchester clubs play midweek in the Carabao Cup and then every team plays in the FA Cup this weekend. While there is a week between Premier League gameweeks, it's still a really busy schedule, especially for those playing in multiple competitions.

The good news is that a lot of teams will rotate for the FA Cup because the matchups are mostly favorable. Mostly. There are three that feature two Premier League clubs: Wolves v. Crystal Palace, Aston Villa v. Liverpool and Arsenal v. Newcastle.

Because of the possible rotation, it may be best to wait to bet on Gameweek 18 until the beginning of next week. A week of Cup matches will likely reveal what lineups will look like in the Premier League. Some teams will completely pass on the FA Cup, while others may look at it as their best chance of securing some type of hardware. Throw in that there are only six matches this gameweek and the betting choices are limited.

I got back on track after a normal weekend of matches last gameweek. My lone misstep was taking Villa to win or draw against Manchester United. That said, I still hit the over in that match in a parlay, and managed to cash it with the Wolves draw. My best play was undoubtedly Southampton, though I didn't take them to win straight up. "Southampton at +135 to win or draw is a decent bet, but if you think Liverpool win, you can still get Southampton +1 at -124." I left some money on the table by taking Southampton +1, but you can't have everything.

My first bet goes against something I've been harping on the past couple months. Manchester City may be overrated in the odds every match and in the future (-110 to win title), but there are some matchups where that's okay. The only worry for their game against Brighton is that they had two Cup matches in addition to dealing with a COVID-19 outbreak. The hope is that some of their guys who tested positive around the New Year will be healthy again and ready to start. The other part is that they won this meeting by a combined 9-0 score last season. In the same situation in August 2019, they won 4-0 as a -1000 favorite and last July, they won 5-0 as a -380 away favorite.

There are few reasons to back Brighton in this spot, especially after allowing three goals in the first half to Wolverhampton of their most-recent league match. Manchester City -2 (-104) is close to even odds and the safest bet. That means if they win 2-0, you'll get your money back and anything more is a winner. You could look at the over/unders, but I'd rather take a side because it's more likely Man City dominate and secure a clean sheet than a 2-1 result. When they played last July, Brighton had a full squad and were completely dismantled, managing three shots and three chances created compared to 26 and 22 for City. This also seems like a perfect spot for Sergio Aguero to hit the back of the net again, but there's no way I'm taking him at -150.

Unsurprisingly, the Sheffield United and Newcastle match has the lowest implied goal total of the gameweek. While I may consider Newcastle -180 to win or draw in a parlay, you can get better odds with both teams not to score at -136. Sheffield United are oddly favored despite not scoring in their last three matches, while Newcastle have two goals in their last four. It makes sense that one of these teams will go scoreless again, unless the dreaded 1-1 result happens (knock on wood). Newcastle oddly won these matchups a combined 5-0 last season, so if you want to pick a side, that's the way to go. They're further removed from COVID-19 issues and could be in decent shape for this trip.

I have zero idea what's going on with Wolverhampton, but the odds are strangely heavy on a low-scoring matchup between them and Everton. On one end, it makes sense. Wolves prefer to play defensively and accept the blows against better teams, but I'm not sure Everton fit the mold of being a "better team." Of course, that may not matter since six of Everton's last seven matches have finished with two or fewer goals. I still have a feeling there will be goals in this match, which makes the over 2.5 goals at +123 great odds. Whether it's Wolves giving up multiple goals or Everton's back line reverting to early season form, I think it's worth a play. Granted, the more I look at Everton's recent results, the more I realize how risky this is.

I already talked about Man City (-480), but if you parlay them on the moneyline with Man United (-200), that leads to -124 odds. The lone worry is that United struggle to hit the back of the net and this turns into a scoreless draw, similar to Burnley's matchup against Aston Villa a few weeks ago. Burnley have allowed two goals in their last five matches, but when they allow one goal, things tend to fall apart and I think United are playing well enough that they can capitalize. I think you can also get good odds on both teams not to score at -105 with the thought being United's back line can stay strong for 90 minutes. Also helpful: one team has failed to score in four of the last five meetings between these sides.

The Aston Villa and Tottenham match could go a number of ways and I'm staying away. There's a chance both sides get good opportunities and it finishes with four or five goals or both sides struggle to convert and it's 1-0 or a scoreless draw. I feel the same about Thursday's match because Arsenal and Crystal Palace have been two of the harder teams to project this season.