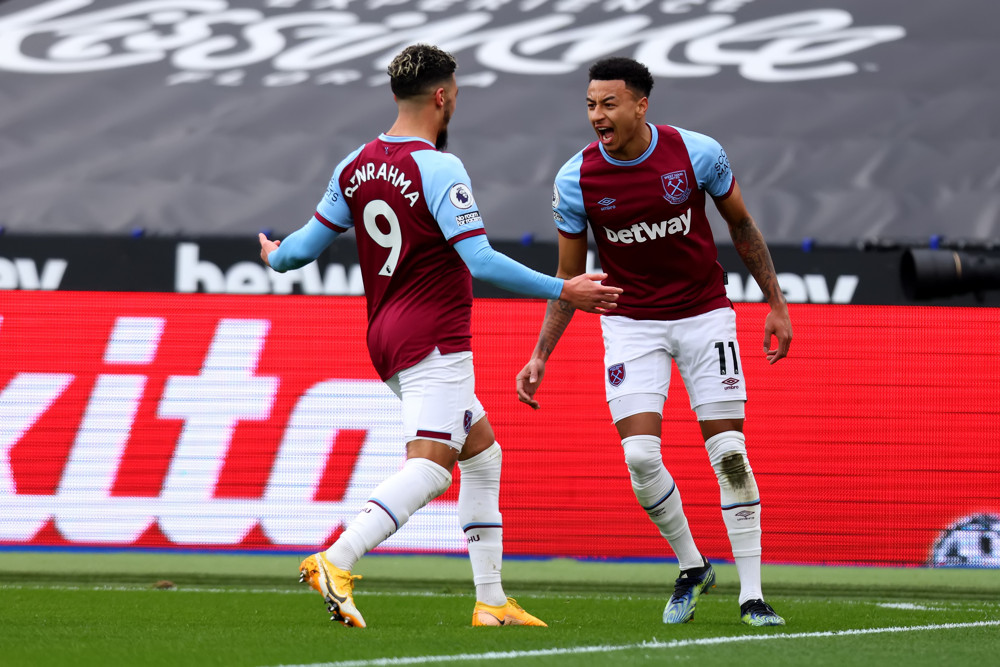 The verdict is out: international breaks produce tired legs, but apparently that only applies to defenders. After a heavy run of low-scoring matches, the Premier League looked to be in early season form in Gameweek 30, as 38 goals were scored, the most since Gameweek 4. Overall, it was the third-highest gameweek of the season and that includes gameweeks that featured 15 and 17 matches.

Of course, this doesn't mean take the over on every upcoming match. The overs hitting was more about weird things happening and the total number of goals always regresses to the mean. For example, there were a ton of goals early in the season and everyone was talking about this being the highest-scoring season ever because of COVID-19. And then, things went back to normal and everyone stopped talking about it. There were 41 goals scored in Gameweek 4 and then 19 two weeks later.

Either way, I wouldn't risk everything and bet all overs for Gameweek 31. Defenses should settle down and midweek UEFA matches will likely see benches stretched thin again.

Gameweek 31 starts with what appears to be a trap. Fulham are a decently sized favorite despite sitting three points below the relegation line and losing the prior meeting as a +460 underdog. I've been fading Wolves without Raul Jimenez, but there's no reason to take Fulham at +143 to win when they struggle to score. I think both teams will play for the 1-0 win, but so do the oddsmakers, as under 2.5 goals is -200 and both teams not to score is -148. I'll pass unless the numbers change before kickoff.

I didn't make it an official play last week, but Man City won to nil against Leicester at +165. I'm probably looking at that bet the rest of the way and it's +120 against Leeds. It's not great odds, especially since Leeds probably should've won the first meeting and only gave up two shots on target, but that was a different Man City team. They're dominating almost everyone and gave up just five total shots to Leicester last league match. The odds will likely get worse closer to game time, so make sure to take this bet as soon as possible.

I'd like to take a piece of Aston Villa at +600 to beat Liverpool, but I can't trust them without Jack Grealish. Jurgen Klopp hates rotating his lineup and I think that'll bite them in a future league match, similar to last month.

I'd also be all over Chelsea to win to nil at +133, but Crystal Palace are in a weird spot where they always seem to find one goal no matter how the game is going. They aren't playing overly well, but they've taken points in each of their last six matches and that's enough to keep them above relegation.

One of my favorite teams to bet this season has been West Ham, mainly because they're seemingly underrated every game. I wrote about them at +150 to win last week against Wolves and that number got to as high as +170 for some reason. They simply aren't losing to teams in the bottom half of the table.

Sure, Leicester City don't fit that mold and are third in the table, but James Maddison probably isn't ready for 90 and West Ham won the prior meeting 3-0 despite having just 31 percent possession. That's how the Hammers have been winning all season and, more importantly, they didn't allow a shot on target in that first game, partly because Maddison didn't play. Even if Maddison starts, I think West Ham still need a touch more respect with a draw no bet at +106. I also think over 2.5 goals at -105 is worth a look. West Ham are having success, but they're also prone to allowing goals and I think each team will get quality chances in this game, similar to the West Ham win over Wolves.

Tottenham home against Manchester United is the biggest match of the weekend, and while the latter have been more reliable, they also have a midweek UEL match. In a normal week, I'd back the Red Devils, but Spurs will have had a full week to prepare after dropping points to Newcastle, and they also did whatever they wanted in the first meeting, a 6-1 win. I'd lean Man United to win at +140, but I think Jose Mourinho will have his team ready.

I'd rather go after something in the Arsenal match later Sunday. Instead of focusing on a side, you can get +104 odds that both teams will score. Yes, Sheffield United are bad, but they have nothing to lose and Arsenal are battered on their back line and don't have a clean sheet in their last nine league matches. I think both teams will get numerous opportunities, but if you don't feel comfortable backing the worst team in the league, Arsenal to win to nil is +145.

Similar to last Monday, the Everton match appears to be a trick. However, instead of being favored, they're underdogs to Brighton, who just gave away another game to Man United. Despite recent struggles, one point in their last three, I think there is some value with the Toffees who won the prior meeting 4-2. Their midfield injuries are worrisome, but you can get them on a draw no bet at +123, which seems safe, especially if you want to parlay it with Monday's other match.

Oddly, West Brom might be my favorite team to back this week. While they may still be relegated, Sam Allardyce has turned them around and their confidence is booming off a win against Chelsea. They've managed points in five of their last seven matches, with the lone losses being 1-0 results. Prior to the Chelsea match, they had seven straight matches that finished with two or fewer goals.

For another parlay piece, West Brom draw no bet is +150, while win or draw is -141. I like both of those along with under 2.5 goals at -127. I'd favor the under a bit more, but Southampton are playing extremely open at the moment and are allowing goals to everyone, Sheffield United excluded.

Man City to win to nil against Leeds +120

Sheffield United/Arsenal both to score +104