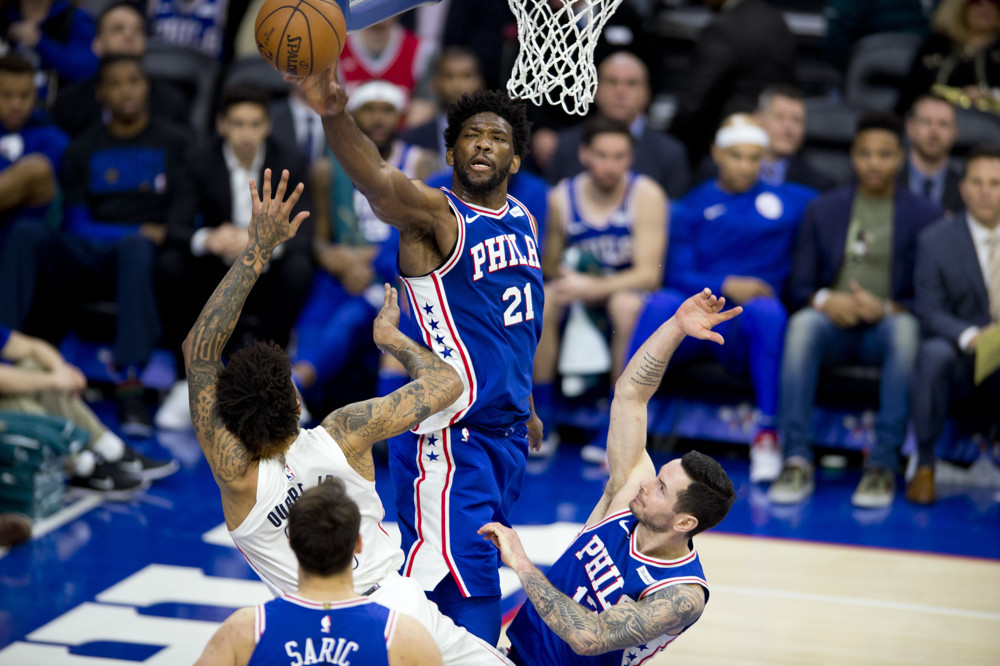 With the season quickly approaching its conclusion, there's still time to find the best combination of playoff props. We've extensively gone over a number of options these past couple of weeks so consider this edition more of the longshot genre.

You'd think I'm a 76ers fan with how often I've brought them up in recent articles. The crux of the matter remains obvious; I'm not sold that the Nets have what it takes to make it out of the Eastern Conference. When healthy, James Harden, Kevin Durant and Kyrie Irving are a formidable combo that should run roughshod over their competition.

They just simply haven't been able to do that this season and time is quickly dwindling away for the trio to get reps together. With the 76ers on the verge of claiming the No. 1 seed, they'll avoid the dreaded No. 2/3 seed dreaded matchup, which essentially guarantees an Eastern Conference finals appearance. The Bucks match up incredibly well against the 76ers, but if the Nets knock off the Greek Freak and company, I wouldn't be at all surprised to see the lumps of a long, hard-fought series eventually emerge against Philadelphia.

It's hard to imagine Joel Embiid solely carrying his team to a championship, hence the ridiculous odds, but Doc Rivers has plenty of playoff experience and sometimes getting to the Finals is all that it takes (see Raptors' 2019 championship). At the very least the 76ers should be on par with a couple of other teams in a similar range, hence why I'm mentioning the value here.

We'll have a MUCH better idea of this likelihood come Friday's contest with the Trail Blazers, but suffice to say I don't think this is entirely crazy. The Lakers are teetering on the cusp of a play-in game, won't have LeBron James back from his aggravated ankle injury until sometime in the middle of next week, and also just saw Anthony Davis suffer a back injury during Thursday's blowout loss to the Clippers.

Literally just missing one of those two guys, or having them hampered in any way, would make them a likely threat to lose against whoever is the No. 8 seed in this hypothetical play-in matchup, and then it's just one game away from missing the playoffs entirely. It's not quite as simple as "one loss for +800 odds", but when you map out the circumstances it's an awfully enticing bet given the injuries Los Angeles has tried to overcome over these last six weeks.

Suns and Bucks to win respective Conferences (+3125 on FanDuel)

Ok so maybe I'm being a bit of a fan here. We've discussed ad nauseum Milwaukee's chances at finally making it out of the Eastern Conference, but I wanted to parlay it with a possibility my colleague Alex Barutha mentioned in an earlier rendition of this column; the Suns.

The loss of Jamal Murray (knee) I think unfortunately pulls the curtain on any sort of Denver run despite Nikola Jokic's MVP-esque brilliance. The Lakers -- Vegas' favorite -- have plenty of issues as well which we outlined above. Then there's the Jazz who might not have Donovan Mitchell (ankle) back before the start of the playoffs. Sure, Utah has been "good" without their star guard, but when it comes to the playoffs, I don't think the combination of Joe Ingles and Jordan Clarkson will have quite the same affect against the NBA's best especially in a postseason atmosphere.

That essentially leaves the Clippers and Suns. Kawhi Leonard himself is coming off a recent foot injury, but even if that hadn't occurred, we know the combo of Paul George and Leonard is at once a threat to suffer a massively impactful injury and also unable to win when it matters most. That means less to me than others (cough, Bucks), but it's a legitimately confounding issue that I don't think has an immediate answer.

Chris Paul, Devin Booker, and an absurdly deep bench could just be the necessary ingredients capable of reaching the Finals, particularly in a Western Conference that resembles a MASH unit. The veteran leadership of Paul cannot be understated, and the Suns have enough versatility with their combination of forwards to present real damage to the Clippers and Jazz should they face one another. Parlaying both teams gives you some truly insane odds without having to actually pick which one could win it all.