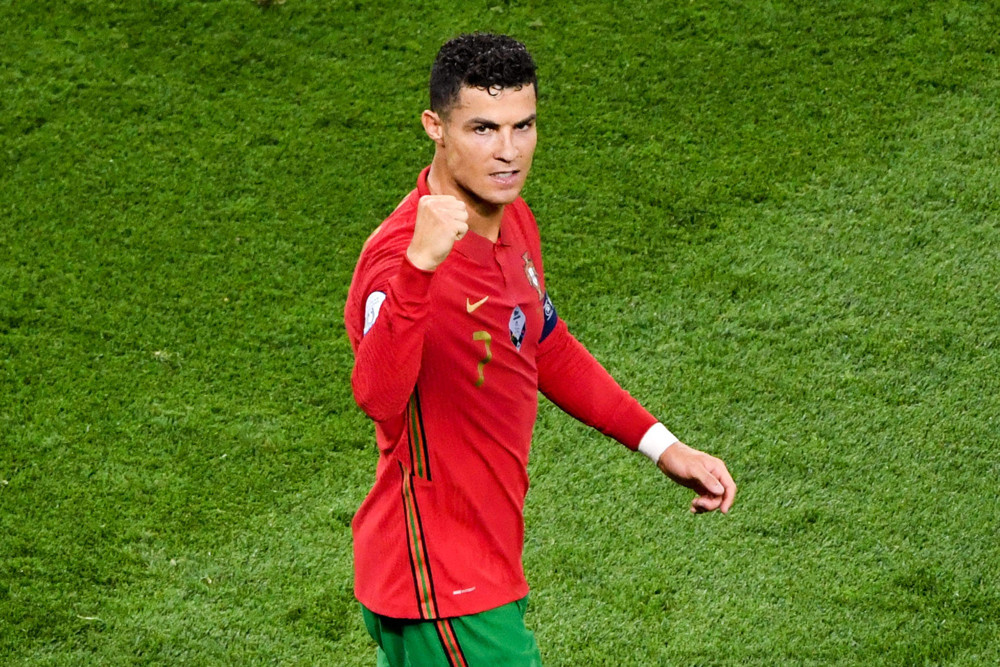 This wouldn't have been a real tournament if there wasn't some drama on the final day of the Euro 2020 group stage. Poland and Sweden turned out to be more exciting than anyone thought, helped by a Robert Lewandowski brace, while the Group of Death didn't disappoint. Hungary and Portugal got early goals and then madness followed, with Hungary being the last team out after a late Germany goal.

The Round of 16 starts this weekend with Italy highlighting Saturday's matches and then a huge game between Belgium and Portugal on Sunday.

Wales seem like a decent underdog for a matchup that has an implied goal total just above two. I'd consider under .5 goals at +143 in the first half because there's no value betting under 2.5 for the entire game at -200. While I like Denmark and have them in some future bets, I don't think they should be this big of a favorite without Christian Eriksen. Maybe fate is on their side, but just because they scored four goals at home against Russia doesn't mean they're back.

Wales love to play matches tight, which has been evident over the last couple years. Since September 2019, their only losses have come against England, France, Belgium and Italy. I don't think Denmark are on the same level as those teams, especially without Eriksen.

Most of the money will be going toward Italy after their dominance in the group stage, so if you want to bet them, do it now. I'm also on Italy, mainly because Austria have a lot of injury questions coming into the match, and even at full strength, they haven't had enough to beat the best teams in the world. In addition to the loss to Netherlands in the group stage, they also lost prior games against England and Denmark when they didn't score. Already with a lack of attacking threats, I don't think they'll have enough to trouble Italy's defense, which is cruising.

There aren't a ton of betting options, mainly because that's the way everyone is going. Still, Italy win to nil is at a decent +116, something they've done in each of their last 11 matches. At this point, just keep betting that until it doesn't hit.

I think it's a similar situation in this matchup, as Czech Republic are only in this spot because of one player: Patrik Schick. There's a chance Schick continues to rack up goals, but this team has really struggled over the past year against above-average teams. Beating Scotland is nice, but Netherlands showed they could handle a variety of opponents in the group stage.

Netherlands controlled possession and got the needed goals against Ukraine and then converted a couple chances when given against a better Austrian side. Their defense is still a question, but that may not matter in this matchup.

If anything, I think Czech Republic want to play ugly, which puts under 2.5 goals at -106 in play along with 'no on both teams to score' at -104. The better move is to probably take win to nil, as Netherlands are +185 in that situation. Sure, this match could go 3-1 with a goal from Schick, but I think this is another matchup the Dutch have a noticeable edge in.

There were times when Portugal were out of the tournament Wednesday, but two draws left them third in Group F and facing Belgium. This is a monster matchup for the Round of 16, especially with a potential game against Italy in the quarter-final. Despite the names in this matchup, Kevin De Bruyne and Cristiano Ronaldo, there are reasons to believe this will be lower scoring.

Portugal's back line has had some issues, and that's what a lot of people will look at, but they've been solid more often than not over the last couple years and I'd rather lean on that than a couple matches against France and Germany. Plus, I'm not sure Belgium are playing their best in this tournament. The combination of De Bruyne and Romelu Lukaku could be enough to win, but this is easily the toughest matchup Belgium have had. Beating up on Finland and Russia is nice, as is taking down a mentally drained Denmark, but this game will be different.

Portugal have already faced a couple of the top teams in the world, and while they're allowing goals, they're also scoring; or, at least Cristiano Ronaldo is. In what could (should) be his last Euros, it may not be a good idea to bet against Ronaldo just yet. At least I don't want to.

Since I think these teams are even, it makes sense to grab Portugal at +210 to win or +115 to advance. I think Belgium are plenty capable of winning, but I'm not sure getting them at -148 to advance is worth it.