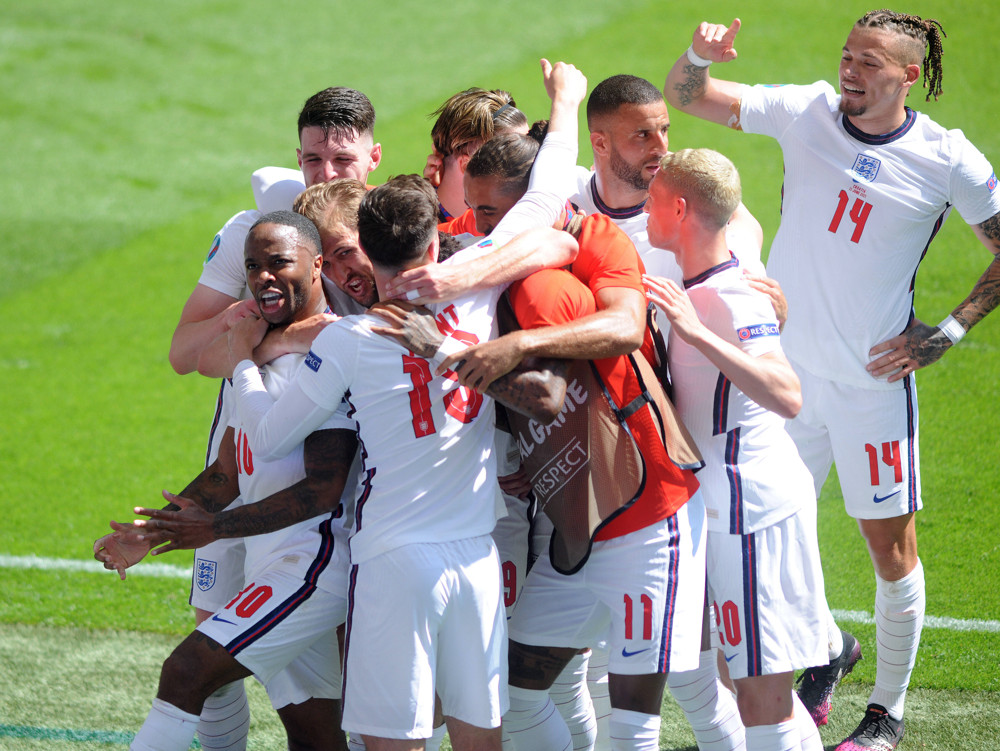 Upsets are inevitable in tournaments and that's what the Round of 16 presented, as Czech Republic, Switzerland and Ukraine all advanced despite not many giving them a chance. Even Spain and Italy were on the ropes for a time in their respective matchups before getting winners in extra time.

Based off the last round, there should be at least one upset in the Euro 2020 quarter-finals. Finding that upset is the problem because it'll be hard to bet against any of the favorites. Italy are the smallest favorite, but if you like Belgium, you're backing a team likely without Kevin De Bruyne and Eden Hazard.

It's hard to ignore the 10 goals Spain scored in their last two matches, but this is a new game and a new opponent with higher stakes. If all the favorites scored five goals and won every match, there'd be no point in playing.

The biggest thing for this matchup is that these teams recently played each other in Nations League: Spain winning 1-0 in October and then drawing 1-1 in November. If you don't think Spain had the same form back then that they do now, they followed up the 1-1 draw with a 6-0 win against Germany. The surprising thing is that Switzerland were ahead in the 1-1 draw until Nico Elvedi was sent off with a straight red card in the 79th minute.

Given those results, a Switzerland result shouldn't be surprising. No, they're not going to control possession and take more shots, but they'll limit quality looks and try to keep it low scoring. That's why I'm leaning under 2.5 goals at -122. There's a chance the public favors the over because of Spain's recent results and that they like betting overs in general, so you could wait for better odds. Taking 'no' on both teams to score at -121 seems like a good strategy on the surface, but a 1-1 result is in play. Get Switzerland one good counter and Haris Seferovic has shown he can head anything into the back of the net.

This is probably the hardest match of the four to handicap because not only are the odds close, but there are unknowns surrounding Belgium's lineup due to injuries. Their last five goals were scored with De Bruyne in the lineup, and while they beat Russia 3-0, they finished with just 1.37 expected goals, a low number considering the three actual goals.

Looking at past games, cohesion and opportunities have been an issue for Belgium. In two friendlies leading up to the tournament, Belgium had nine shots against Croatia and just five in a 1-1 draw with Greece. Those numbers could be problematic against Italy, who haven't allowed a goal in their last 12 matches in regular time.

This is another match that has all the makings of an under, though under 2.5 goals sits at -180. You can take 'no' on both teams to score at -130 and that would allow a 1-0 win to both sides. However, I think Italy have the edge in this matchup and can win to nil at +265. Those are pretty good odds and I'd rather take the risk on that than go Italy -155 to advance.

The biggest thing is that even in their wins against better opponents, Belgium haven't looked like a noticeably better team. Portugal had numerous opportunities to level the last match and for the full 90 minutes, Denmark were probably the better team in their group match.

This match isn't any easier to project, mainly because Czech Republic are still a bit of an unknown. They got past Netherlands but were aided by a red card. They didn't try against England and managed just one shot on target against Croatia. They want to play defensively and score on their one or two shots on target.

Wales tried that strategy against Denmark last round, but after a bright start, things quickly faltered. Denmark have scored four goals in each of their last two matches and, for the most part, they've played well without Christian Eriksen, as their lone loss came against Belgium when De Bruyne looked like the best player in the world for 45 minutes.

Since under 2.5 goals is at -186, other bets will have to be made. You could go Czech Republic under .5 goals (+128), which would hit if it finished scoreless in regular time or if Denmark won to nil. Denmark win to nil is +205, so the odds aren't that much better if the scoreless draw hits. The simple route is probably Denmark to win at +107. I'm worried about what has been a solid Czech defense, but I think Denmark can do enough to win in regular time.

England are the biggest favorite of the quarter-finals and a lot of that has to do with matchup. Ukraine were all over the place in the group stage and then found a way to get past Sweden with the help of a late red card and a new formation. Prior to about the 70th minute when everyone got tired, Sweden had better chances and should've found the winner at some point.

Now, they'll need to find a way around England, who have yet to allow a goal in the tournament. It's hard to see England changing the way they play, which means a low-scoring game is in the cards unless Ukraine's back line falls apart. England win to nil has hit in three of four games in the tournament and they're +107 to do it again.

For another kind of bet, England -3 in total corners is -113. England haven't been getting many corners, but this matchup is favorable for that to change. Ukraine had four fewer corners than Sweden, five fewer than Austria and four fewer than Netherlands; they also finished with the same number as North Macedonia. They don't get a ton of corners, and if they're on the back foot the majority of this match, they'll probably allow a decent number of them.